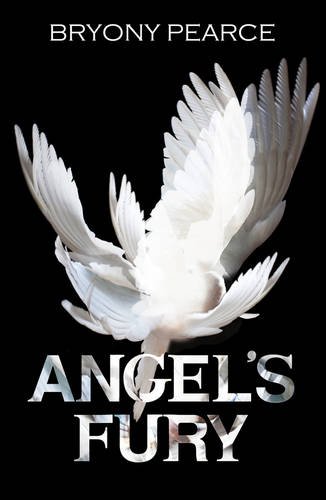 In addition to looking after the kids (I have two), and writing books as fast as I can, I also run creative writing workshops, do talks and run school visits and other events.

At my last few events, students have asked me whether or not I’d like my book to be made into a film. I’d like to think that perhaps they know something I don’t, but really the topic of films being made of books is probably top of mind due to the upcoming release of Breaking Dawn part 2, sigh.

Now, the obvious answer to that question is yes, of course I’d like my book to be made into a film, I’m not mad! If nothing else, I’d at least get some money out of it (which relates back to the other common question I get asked, are you rich? … I’m not).

Often students, or their teachers, will then follow up with the question ‘wouldn’t you be afraid that they would ruin the book? Wouldn’t you worry that the film-maker’s vision would then be the only one that readers would ever be able to see when they read your words?’

This is the answer I tend to give:

As a writer, I have a very clear picture of my characters, what they look like, sound like, even smell like. I know what they are wearing, how they walk, gesture, talk, tilt their heads and smile. The same goes for setting. I know what Cassie’s house and garden looks like, the layout and distinctive sounds and scents of the fictional German town Hopfingen. I know in intimate detail the Manor house where she goes for treatment, the farmhouse in which the group of patients choose to hideout. My job is then to try and convey that vision, alongside the story.

Once my words have left me, gone out into the world in the form of a published book, that’s it, I have no more chance to influence its reader regarding my vision. I’d love to be able to sit on every shoulder and point bits out – I hope you get my meaning here? Do you understand what Cassie is doing here? But I can’t. I have to trust my words.

However, I can’t see inside reader’s heads. I have no idea if Cassie, as she exists behind my eyes, is the same Cassie who has been imagined into existence behind each readers’. I know that there are the same number of Cassie’s as there are readers, but are they anything alike? In short, have I been successful? I have no clue.

If Angel’s Fury were made into a film I’d have the privilege of seeing inside at least one reader’s head. In making a film, the Director would be gifting me with the unique opportunity to view how he sees my book. What ‘his’ Cassie looks like, acts like, sounds like. The appearance of ‘his’ Manor house. If the actress cast to play Cassie looked anything at all like ‘my’ Cassie it would show me one important thing – I’m a good writer. I would finally get to find out whether or not I actually did my job properly.

Also, I don’t believe a film can possibly ‘ruin’ a book. The film-maker won’t be gathering up all copies and rewriting them according to his personal vision. Even if a film took great liberties with ‘my’ characters and storyline, the original book would remain.

It is true however, that no-one picking up Harry Potter for the first time, having seen the films, will be able to see the scarred little wizard as anyone other than Daniel Radcliffe.

In the same way, a film-maker’s vision would likely replace my own for any readers picking up the book after seeing a film made of it.

To this small concern I can say only one thing. The big pots of money will make you go away.

For more information about Bryony (especially if you would like to make her book into a film!), please visit her website www.bryonypearce.co.uk.
You can also follow her on Twitter @BryonyPearce. Her life isn’t hugely interesting, but she tries to make it sound more so where she can.